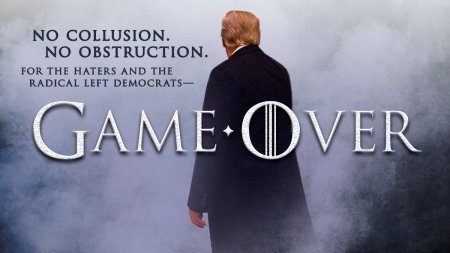 The Washington Examiner’s Byron York sat down for an interview with former Trump lawyer John Dowd who offered up some surprising new details on the relationship between Robert Mueller and the president.

First up, according to Dowd, Mueller knew Trump’s bashing of his investigation as a “witch hunt” was just politics and he was a “big boy about it”:

And in private, the “witch hunt” stuff was really “cooperating big-time” with Mueller and his office:

How much cooperation? According to Dowd, Mueller would tip him off with code words when they met in secret. That’s a legit, “whoa, if true” moment:

The level of cooperation may be one of the reasons bringing obstruction charges against the president was “implausible”:

More from York on this:

In summary, Robert Mueller was speaking in code to Trump’s legal team and the president was fully cooperating with the investigation. That’s quite a shift from what Dems thought was happening, no?